A rethink is long in order! 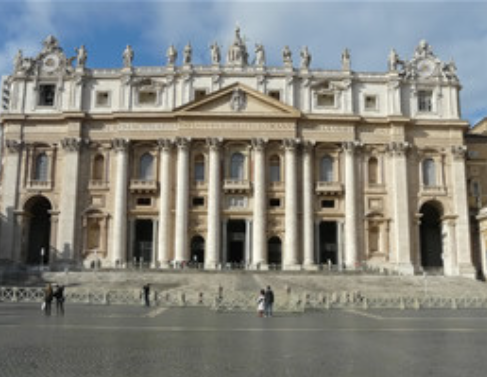 The German-language document you may find here!

To my greatest regret, you have not considered it necessary to give me my pocket money according to my position in my account until today.

You must now learn to stop playing with my person and should also learn to recognise which higher values have been and are being put at risk by this.

Enclosed I enclose two other letters; one of them gives a small overview of how you are dealing here with supererogatory incidents, which you too could demonstrably hear.

You have dared, in spite of these Monumental occurrences, to have my little money cut and to put my health, on which a lot will depend, in additional danger.

You and others had every opportunity to bring about a speedy clarification of the facts and to submit normally to the higher law which has announced itself.

Now you will have to make the experience with a born Empress by learning to deal properly with such references, which my person also embodies.

Due to the severity of this behaviour, also on the part of others, the consequences could have been fatal; so now, as the responsible person, you will have to be put on a diet for a while, in that you and others will be given the opportunity to choose between starvation and the consumption of animal food.

The requested Cudgel of the Empress is to determine and control who among those in charge will come to this enjoyment or to the ordered higher service by starvation.

For my person, something more than starvation by another chemical treatment was at stake by your misbehaviour.

Nevertheless, I would like to and must draw your attention, gentlemen, to the fact that the banking business is not the most cultured and noble business you will think it is and which you should no longer advocate in this form.

Banking is the business of money and stocks, which is controlled by speculation and investment also by artificial means, and by which money works by itself.

Strangely enough, very often irreproachable, decent and intelligent people have the desire and the possibility to aspire to an elevated position in the banking business and also to occupy this position, so that this business is very difficult for the population to analyse and classify correctly.

Due to this seriousness, which is presented by the respective employees, hardly anyone gets the idea to doubt the seriousness of this business.

Your serious results can be seen in the respective annual balance-sheets and on your building complexes; results that have been achieved from a soft leather armchair.

I am sure you and others can put your strictly crooked dealings in a positive light, having had a suitably sophisticated education in this regard, with the smarter trumping the dumber or the advantaged trumping the disadvantaged.

And now, slowly but surely, a monarch is coming to the helm, who can threaten, among other things, with an Monumental Cudgel.

You and other financial institutions will be allowed in the future to accept wages and salaries for a fee in order to hand them over to your customers.

You will also be allowed to invest and manage savings accounts for your customers, but only time-limited money will be allowed to earn interest, which cannot and must not be paid out before the expiry of the agreed period.

Money which is to be placed in a savings book exclusively for the purpose of safekeeping and which can and may be collected at any time shall be accepted for a small fee.

Loans may only be given through the savings account for a fixed period of time and against the same interest on the money available from the saver.

No money may move between the two.

The attraction of your business lies in the good negotiation of the savings interest rate, thereby passing on an acceptable interest rate to the borrower, who will then presumably later tie his deposits and profits to your institution.

In future, you will no longer be allowed to grant loans to private individuals.

You will only be allowed to provide loans for the foundation of a company or a business, whereby the entrepreneur must have many prerequisites.

In the future, no one will be allowed to "earn" money in the usual way from a leather armchair, if there is no real counter-performance, which must be measurable on an hourly basis.

Also, every superior must first be held responsible for the welfare of his employees and workers, and only then may such a person be allowed to afford something more than the vast majority then may and can.

Only in the case of founding or maintaining a meaningful enterprise such as a craft business or such as farms and cultivation areas as well as medium-sized, independent businesses in which the entrepreneur can at least show a suitable master craftsman or a qualified trainer, will thes be allowed the benefit of a loan.

In addition, value work, for which Germany in particular was known years ago, must be rebuilt in order to prevent a throwaway society from becoming overhanded through reasonably delivered work, so that the exploitation of the earth can be controlled and remains manageable.

You are allowed to give loans for the self-employment of a manageable business, but by doing so you, as a financial institution, are not allowed to make profits.

You will have to pay your bank employees, social security contributions and rental costs and hand over any surpluses made to the treasury.

You will be allowed to grant loans for public, vital institutions such as schools, churches, universities and hospitals.

The surpluses from the state budget may be used to finance cultural facilities such as theatre buildings, concert halls, opera houses and sports grounds, for which you will also work and be indirectly responsible as a financial institution and foundation.

The aim of this money cycle should be to give honestly earned money a real, fixed value that future generations can also use and that does not have to be lost.

Also, a wealth that will automatically expand from generation to generation has been earned through the ancestors' own efforts, so that the old man retains his proper place and standing in life.

The so-called common man can also thus indirectly co-determine and steer many things through his savings deposits and support and secure his descendants.

It is strictly forbidden for a future worldwide to trade and do business with money and securities in any form.

Games of chance involving material advantages and disadvantages will also be prohibited.

Precious metals such as gold and platinum as well as precious stones will be nationalised and are to be prohibited for private ownership**.

All the treasures of the earth will become the property of the state and will be strictly forbidden for trade. **

Since at present the partly artificial capital is distributed quite differently, will you please, as already ordered by letter, have a list drawn up of the respective capital earned by private persons by means of exact proofs, so that everyone can understand that he is not being cheated out of his possessions, but that most of the possessions have been earned by lies and deceit.

It would be desirable if an Monumental PC-control in the banks and financial institutions would block the respective accounts of the customers accordingly and if a real allocation of the funds would take place.

However, since the Monumental-Area is linked to mankind's own performance, many things will have to be scouted out accordingly here in Luebeck and many things will first have to be regulated without technical help "at high place" as a kind of control for the world, which must first exist in this situation.

The next city is then the gateway to the world; it is Hamburg and so this Monumental control is to spread there. 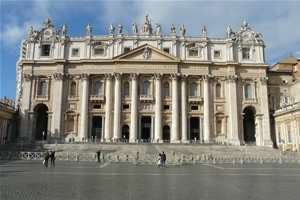 You will notice that it is only possible to be getting ahead,  if every individual will cut down his or her expensice and for this the Empress needs her tool, the Cudgel!

**Gold jewellery and precious stones may only be given to private individuals or purchased in severely restricted quantities.

Greed has turned you and your ilk into complete Fools!

HP: This letter is clearly ahead of its time, but contains the path to a livable future, which has demonstrably not been taken and my time may no longer be sufficient to implement it.

Now my person wonders whether there really should be no people with mental abilities in the world who have actual foresight as a manager and businessman.

How can anyone be so stupid as not to notice with foresight that all German patents have long since belonged to the Chinese and that the global banking business, even without its own real estate or without fixed company headquarters, will always be below the price that Deutsche Bank AG has to charge in the digital age thanks to cheap labour from abroad.

This always means for the labour market through the tied shares and speculation that jobs will be lost en masse and ultimately the Chinese also need our air to breathe!

In this way, a state can acquire this or that area of land and the air we breathe by selling out another state and legally buy it!

Of course, it won't be able to come to that, because the earth is giving clear signs and an end is in sight to the time that was meant for a new beginning, you diseased morons, you!

My person waits and waits for her long overdue pocket money in the amount of 4,000,000 euros**, which was demanded by my person from the Deutsche Bank AG, but which is also bound to two conditions by my person.

Instead of dismissing staff in the banking business, you should first change your own fanciful remuneration, which has nothing remotely honourable to do with comparable earnings.

As a complete idiot you have lived beyond your means, but as such you should not hand over your legacies!

You will complacently behave like men and also involve the Chinese in the matter and commission of the Lord, in that you and your kind will fit into the given structure of world leadership and duly and gracefully serve your King, who will have to take the rap for your delivered crap and absorb the time pressure.

My person will hopefully still teach you to thank, to beg and to starve!

You arrogant morons who only want to make your mark at the expense of the weaker ones and then do not even have the necessary foresight!

One should be ashamed of oneself, if you and your ilk cannot be stopped!