The lie and the displacement of the reality seems to be a worldwide problem... 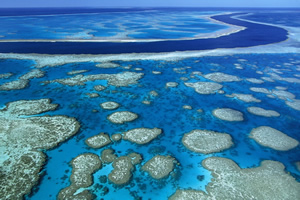 Many thanks for your mail.

Nobody has stated that UNICEF creates nothing for the Third World, only it is quite simply a fact that it has been not sufficed quite obviously to sound a note of warnings prior to that coming hunger disaster.................

Now more than ten thousand healthy children died also because no First-Aid-Boxes were on site, which cost in each case 4.-- euro to prevent upcoming epidemics!

Nobody states that it is easy to help on-site however you and others have taken a chance by the death, particularly those of the children, to get aid and then to continue in a snail tempo!

You and others know the main cause for the aridity or dryness in East Africa and have accepted this quite obviously to compile in rest and cosiness good texts and presentations by donation money or public funds, which will not cover roughly the caused damage, so as to sugar-coat the truth therefore, in which nobody is going to get out of the truth in future!

Once again in plain English for the truth:

The truth is that whole of Europe, the USA, Latin America, completely Asia, parts of Africa and Australia are to be held responsible for the greenhouse effect, what especially Somalia by the aridity or dryness has got to feel, particularly as suddenly it poured like from buckets, whereby the rain came too late and the refugees still had to outlast in wet tents or lodgings!

In Pakistan the impact of the greenhouse effect was contrary some months ago, because there the monsoon affects are an essential issue and therefor the weather conditions are effected and a high water disaster, which has the size of the FRG, was the real result!

This is provable and verifiable and this" phenomenon of weather" was and is already known for some years.

There is nothing more to sugar-coated at the situation, there also help no well formulated texts or pamphlets, that is the truth and in this way it should probably go on with rapid strides, or how do you imagine the matter actually, if you only give a note of warnings?

You please, have to take in responsibility the scientists, particularly the meteorologists with their professor's titles worldwide, as theses people will make out an inventory clearly and truthfully of the respective disaster and also have to consider and enclose particularly the nations, which cannot strike back concerning this matter, because they can present no proofs of their dryness or storm disasters and unfortunately will also not dare them demanding damages, because these nations were depending on emergency aid and are depending on immediate measures.

These professors will please submit these bills to those countries that have obviously unreservedly polluted the environment at the expense of other countries and want to continue polluting them, whereby the bills will then be issued in the billions and must be paid.

These payments will exclude please every bureaucracy in the receiver's country as the money or the auxiliary means must become administered exclusively from the respective debtor on-site!

A state which does not want to pay his reality-related calculation must be excluded from world trade, so that the state will be forced to stop production or rather to change accordingly!

You shouldn't let things get that far, in that every state adapts itself to the real situation with regard to the environmental requirements and every state has to “step down”, because the fat years are long gone!

As the responsible person, please insist that the invoices are truthfully drawn up by the above-mentioned specialists and at the same time ensure that long-term projects with job creation measures and integration into the world market are created with this money, as a result of a cultural rethinking in an uniform culture your activity must be, as stated in my homepage!

Please, establish from a great injustice and from the unspoken disaster lie a right and combine please, right with truth, otherwise you are only some quite cheap end users, who block important places that you and your kind do not belong!

Hopefully you are able to understand and it is maybe also in your sense, if I take up your nice answer writing in my page and will add my writing, so that the matter is faster publicized.

I hopefully may expect a certain independence from you and your worldwide colleague's circle in future!